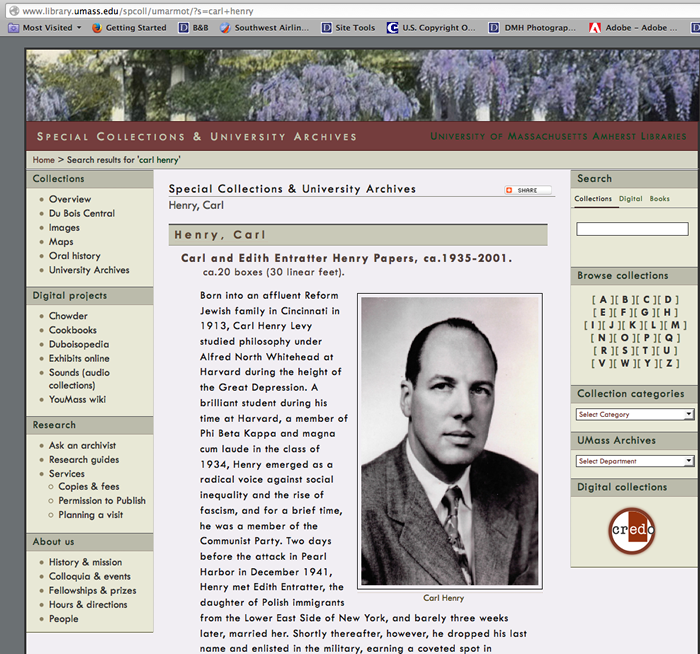 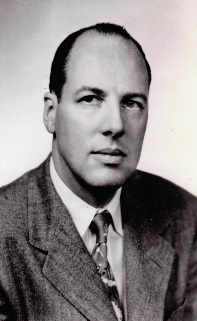 Born into an affluent Reform Jewish family in Cincinnati in 1913, Carl Henry Levy studied philosophy under Alfred North Whitehead at Harvard during the height of the Great Depression. A brilliant student during his time at Harvard, a member of Phi Beta Kappa and magna cum laude in the class of 1934, Henry emerged as a radical voice against social inequality and the rise of fascism, and for a brief time, he was a member of the Communist Party. Two days before the attack in Pearl Harbor in December 1941, Henry met Edith Entratter, the daughter of Polish immigrants from the Lower East Side of New York, and barely three weeks later, married her. Shortly thereafter, however, he dropped his last name and enlisted in the military, earning a coveted spot in officer’s candidate school. Although he excelled in school, Henry was singled out for his radical politics and not allowed to graduate, assigned instead to the 89th Infantry Division, where he saw action during the Battle of the Bulge and liberation of the Ohrdruf concentration camp, and was awarded a Bronze Star. After the war, the Henrys started Lucky Strike Shoes in Maysville, Ky., an enormously successful manufacturer of women’s footwear, and both he and Edith worked as executives until their retirement in 1960. Thereafter, the Henrys enjoyed European travel and Carl took part in international monetary policy conferences and wrote under the name “Cass Sander.” He served as a Board member of AIPAC, the American Institute for Economic Research, the Foundation for the Study of Cycles, among other organizations. His last 17 years of life were enlivened by a deepening engagement with and study of traditional Judaism and he continued to express a passion for and to inform others about world affairs and politics through a weekly column he started to write at age 85 for the Algemeiner Journal. Edith Henry died in Sept. 1984, with Carl following in August 2001.

The centerpiece of the Henry collection is an extraordinary series of letters written during the Second World War while Carl was serving in Europe with the 89th Infantry. Long, observant, and exceptionally well written, the letters offer a unique perspective on the life of a soldier rejected for a commission due to his political beliefs, with a surprisingly detailed record of his experiences overseas.